Feeling Stressed? Go easy on Yourself 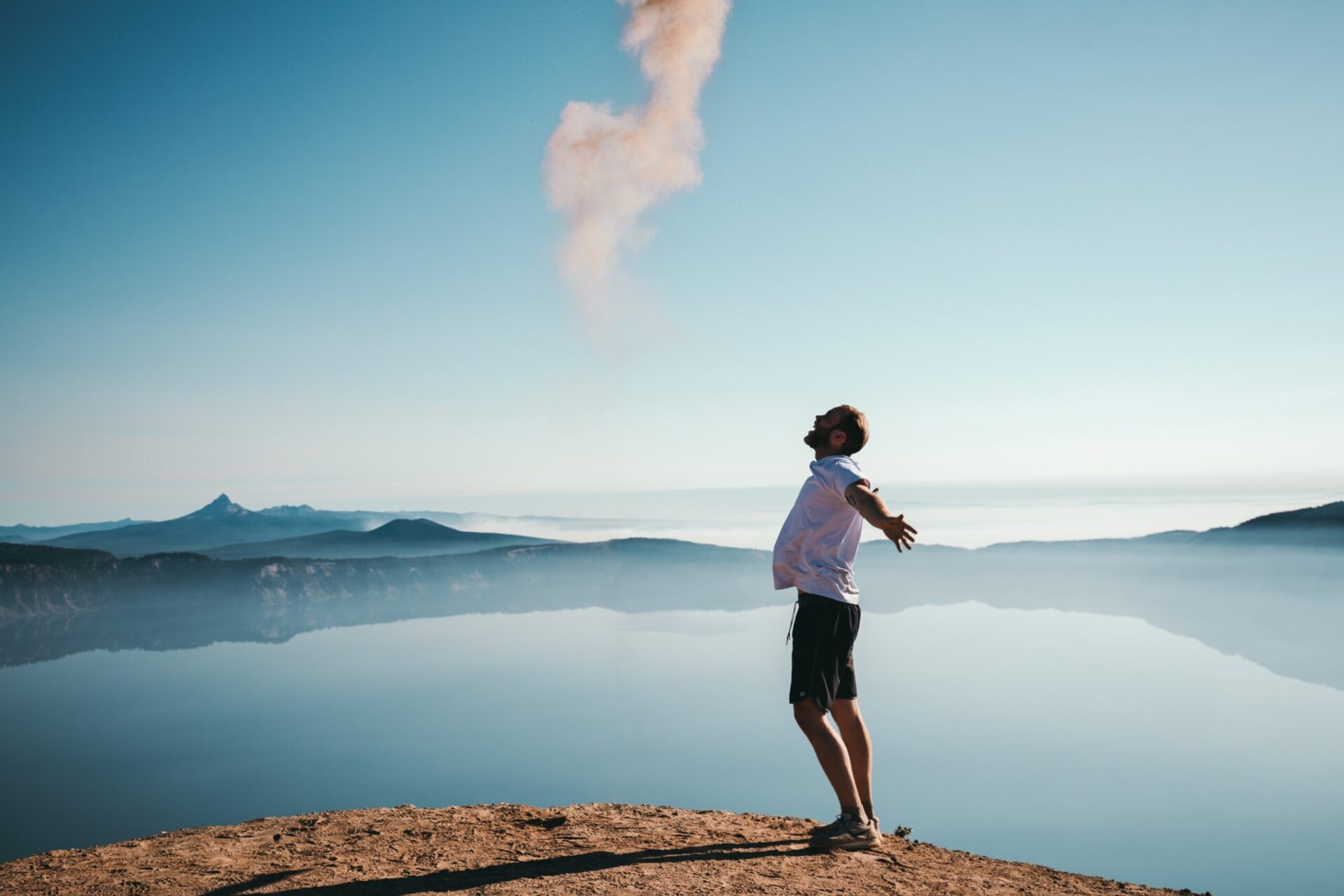 Anxiety is a natural emotional and physiological reaction to perceived danger, characterized by a continuum of feelings from general unease to panic, as well as accompanying physical responses from increased heart rate to running from a threat. However, these feelings of nervousness or anxiousness are differentiated from anxiety that is pathological. In general, for a person to be diagnosed with an anxiety disorder, the fear or anxiety must be out of proportion to the situation or age inappropriate and hinder ability to function normally, according to the DSM-5 (Diagnostic and Statistical Manual of Mental Disorders, 5th edition), published by the American Psychiatric Association in 2018.

(It is important to note that threats are not just physical, but can also be emotional, as the brain is also wired to recognize a wide variety of psychological and social states as threatening. Examples include ambiguity and a loss of control, loss of social standing and exclusion from one’s in-group, actions taken by others that create a personal disadvantage, etc.)

Anxiety disorders can cause people to try to avoid situations that trigger or worsen their symptoms, affecting job performance, school work, and personal relationships.

Anxiety disorders are the most common of mental health conditions, affecting nearly 30% of adults at some point in their lives.

There are 5 major anxiety disorders:

When even a minor threat is perceived, the limbic system (which controls automatic and primitive responses) is activated, leading to the increased production of adrenaline and cortisol that bypasses the prefrontal cortex (the center of executive and conscious decision-making), i.e., the “fight or flight” response. Cortisol is a hormone that increases blood sugar and suppresses the immune system so energy can be redirected to address the perceived threat. Adrenaline (or epinephrine) increases heart rate, dilates the bronchial passages, and restricts blood vessels in order to increase oxygen to the lungs and increase blood flow to the muscles. Common physical side effects of this include the mouth going dry and palms becoming sweaty in times of stress, among other things.

Related Post: How To Consume CBD – All You Need To Know!

Long-term exposure to these hormones due to anxiety can have short- and long-term effects on health. These include: 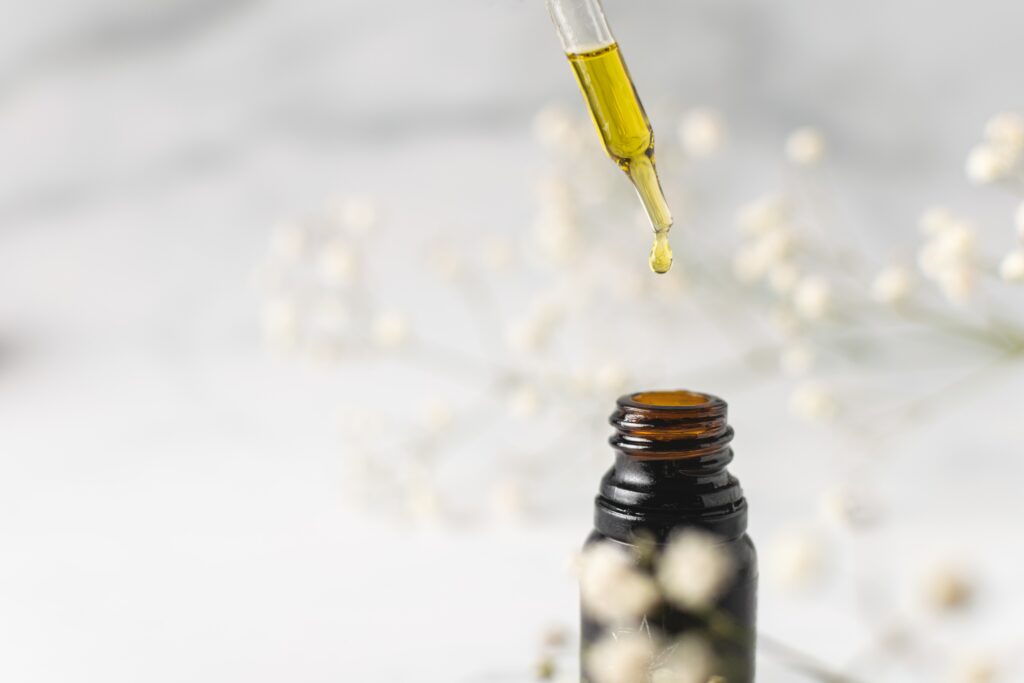 According to the 2009-2010 Medical Expenditure Panel Survey, more than 1 in 6 Americans take a psychiatric drug such as an antidepressant or sedative (Journal of Anxiety Disorders, 2013). Understanding the mechanisms of action for these medications is helpful in understanding how CBD can affect the anxiety response.

There are four major classes of medications used to treat anxiety disorders:

SSRIs relieve symptoms by blocking the reuptake of serotonin by certain neurons in the brain, allowing the brain to become more saturated in serotonin.

SNRIs have a dual mechanism of action: they increase levels of neurotransmitters serotonin and norepinephrine AND inhibit their reuptake into cells in the brain.

Benzodiazepines are used for short-term management of anxiety or as an add-on strategy for treatment-resistant anxiety disorders. They work by enhancing the effect of gamma-aminobutyric acid (or GABA), the chief inhibitory neurotransmitter in the brain, and thus have sedative, hypnotic, and anxiolytic properties.

Tricyclic antidepressants are one of the oldest classes of antidepressant medications, working by increasing levels of serotonin and norepinephrine (or noradrenaline) AND blocking the action of acetylcholine (or ACh). Brain noradrenergic systems regulate many of the same behavioral dimensions that are affected in depression and anxiety disorders (Brain Research, 2007) and increases in ACh signaling in the brain can lead to symptoms related to anxiety and depression (Current Opinion in Neurobiology, 2014).

Until recently, the prominent belief was that pharmaceuticals were one of the only ways to alter the release of neurotransmitters and stress hormones. However, in recent years, research has been conducted on exercise and meditation, proving that they are effective in reducing the stress response and symptoms caused by stress.

Most interestingly, the discovery of the endocannabinoid system (or ECS) revealed new mechanisms by which the brain influences the body’s homeostasis.

Anxiety and the Endocannabinoid System (ECS)

The human body produces cannabinoids as part of its natural functioning, and these are known as endocannabinoids (“endo” meaning “within”). The ECS is made up of cannabinoid receptors CB1 and CB2, as well as other associated ligands, proteins, and enzymes and functions in the body to maintain homeostasis, i.e., to keep the body in a state of biological equilibrium in response to changes in the environment.

The ECS is involved in a variety of biological functions, including energy expenditure, food intake, pain perception, inflammation, cognition, and stress responses such as anxiety.

The high level of CB1 receptors in the brain areas involved in regulation of cognition and mood functions (amygdala, prefrontal cortex, and hippocampus) implies that the ECS is involved in emotional processing and mood and anxiety regulation, which means that dysregulation of the ECS may be an underlying cause of anxiety disorders (Nature Reviews Neuroscience, 2015).

Conversely, stimulation of the CB1 receptor increases the firing activity of the specific neurons that are the major source of serotonin to the brain. Enhancing serotonin produces an anxiolytic (anxiety-reducing) effect (Journal of Neuroscience, 2007). Similarly, stimulation of the CB1 receptor has been shown to increase the release of norepinephrine in the prefrontal cortex (Proceedings of the National Academy of Sciences of the United States of America, 2005).

Thus, phytocannabinoids can influence regulation of the ECS to control anxiety, as pharmaceuticals do.

Related Post: 6 Things You Need To Know About CBD

Anxiety and Phytocannabinoids: Mechanics and Research

Thus, intake of CBD (or phytocannabinoids) has an anxiolytic effect on the brain by stimulating the CB1 receptor and thus enhancing serotonin production in the brain.

Much of the research into the role of cannabinoids in anxiety treatment have been done with single molecule, synthetic cannabinoids, which has shown to be effective in the treatment of anxiety (The Journal of Clinical Pharmacology, 1981).

The hippocampus is a temporal region of the brain that modulates several functions that play a major role in learning and memory. Studies have shown that it also gets affected in a variety of neurological and psychiatric disorders (Annals of Indian Academy of Neurology, 2012). The hippocampus is also 1 of 3 regions in the brain in which adult neurogenesis (the regeneration of neurons) takes place.

A 2009 animal study in which adult hippocampal neurogenesis was specifically impaired showed that subjects exhibited a striking increase in anxiety-related behaviors, indicating that neurogenesis plays an important role in the regulation of anxiety and could be the target of new treatments for anxiety disorders (Molecular Psychiatry).

Anandamide (or AEA) is a fatty acid neurotransmitter that binds to the CB1 receptor, and is known as the “bliss molecule” (the name is derived from the Sanskrit ananda, which means “joy, bliss, delight”). It is 1 of 2 main endocannabinoids and has almost the same structure as THC, the main psychoactive compound in cannabis.

A 2015 study found that an inhibited production of the enzymes responsible for breaking down anandamide also led to a decrease in fear and anxiety during times of perceived threat (Nature Communications). Preclinical studies have also shown CBD to facilitate hippocampal neurogenesis and thus have an anxiolytic effect (Cannabis Cannabinoid Research, 2018).

CBD binds to the fatty acid binding proteins that transport anandamide intracellularly for its degradation, thus inhibiting its breakdown and increasing its concentration within the cell. It also encourages hippocampal neurogenesis. Both processes combined lead to a decreased anxiety response.

Preclinical studies (conducted on animals and not humans) on GAD suggest that CBD possesses both anxiolytic and antipsychotic properties (Psychopharmacology (Berl), 1990). The National Institute on Drug Abuse (NIDA) says that CBD has been shown to reduce stress in animals such as rats, with lowered behavioral indicators of anxiety as well as physiological ones (like heart rate).

When it comes to CBD and GAD, evidence indicates promise for reducing anxiety, and researchers agree that more work needs to be done to elucidate the mechanisms of action through clinical studies on humans.

CBD may also benefit people with other forms of anxiety, such as Social Anxiety Disorder and PTSD. It may help treat anxiety-induced insomnia as well.

A small 2011 study in which participants were given an oral dose of 400mg of CBD or a placebo found that those who received CBD experienced overall reduced anxiety levels. It also found that CBD reduced symptoms of social anxiety in people with Social Anxiety Disorder. Brain scans of participants revealed changes in blood flow to the regions of the brain linked to feelings of anxiety. CBD not only made participants feel better, but also changed the way their brains responded to anxiety (Journal of Psychopharmacology).

Multiple recent studies have also shown that CBD can help with PTSD symptoms, such as having nightmares and replaying negative memories (Frontiers in Neuroscience, 2018).  These studies have looked at CBD as both a stand-alone PTSD treatment as well as a supplement to traditional treatments like medication and Cognitive-Behavioral Therapy (or CBT).

CBD Oil vs. Other Methods of CBD Consumption for Anxiety

CBD oil has received a lot of attention recently as the non-intoxicating, non-psychoactive cannabinoid that has been claimed to potentially alleviate anxiety.

In a 2019 survey of 2,000 American adults, the top 3 reasons given for trying CBD oil were relaxation, anxiety relief, and improved sleep (Quartz website).

CBD Oil for Anxiety: Side Effects

According to the World Health Organization, CBD oil is considered generally safe and poses no threat of addiction. Any potential side effects are mild and usually only found if taken in extremely high doses. These can include:

For someone just starting out with CBD, the safest way to consume it (or any new kind of product) is to begin with a lower strength or dose and work up to find the most effective minimum dose. CBD oils are possibly the best way to do this. Controlling dosage is made easy through sublingual administration of CBD oil through a dropper.

For maximum safety in determining dosage (some trial and error is necessary), consider the following steps (Observer, 2020):

In any case, CBD oil (whatever dosage is best for you) works best if consumed every day, as it needs to build up in the body.

Experience the benefits of Broad Spectrum CBD through the entourage effect, or the synergistic combination of the many cannabinoids, flavonoids, terpenoids, and fatty acids in the hemp plant without the psychoactive effects of THC.